The Eros of Sustainability: Can Women and Men Collaborate well?

Heinz Robert is working on a new book about what it takes for women and men to collaborate better. He is associated with the Center of Wise leadership and works as a coach for relational and gender issues. We spoke about how important this is in the work to create a more sustainable society. 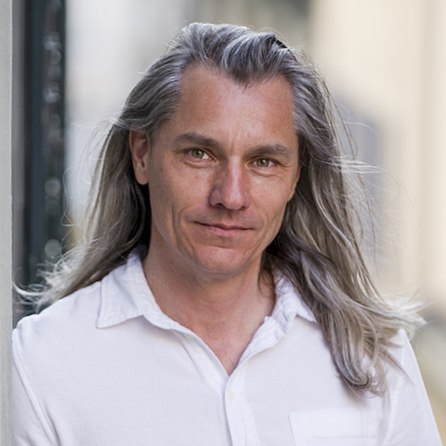 Hilary: I’d love to hear more about how gender issues play into our co-creating a more sustainable world.

Heinz:  My work is focused on organizations who deal with sexual harassment. I see this work as a leadership issue. We do assessments with interviews and then workshops and dialogue. This is all related to a new way of dealing with interpersonal power. It’s related to #MeToo, but it’s not only about the sexual aspects.

Hilary: Sounds like you are inviting a new kind of power between women and men. After millennia of patriarchy that is a big deal. And it sounds like you’re inviting inquiry into more intimate experiences around power dynamics. We can’t have sustainability if the old ways – the power over model – remain unquestioned. I must say, though, that I find it’s been difficult to integrate the conversation about gender and sexuality into the sustainability conversation. It’s a stretch for most. How do you do that?

Heinz: The connection may not be obvious yet. But it’s there when you look. In the research for my book I have spoken with many people, also from large corporations and NGOs. There are lots of #MeToo cases in many forms. And most of these are not public yet. Leaders don’t know what to do with the information. For example, [at a large international development agency] it’s become public that some of their people gave away medicine for sex. That’s a bit different than the organizational stuff where harassment happens, but still it’s about this relational energy, this Eros we might call it, running into the wrong channel. They don’t know how to deal with it.

Hilary: None of us knows how to deal with it. I agree with you that at least we have to look at it, admit it, then we can figure out together. Otherwise there is no collaborative creativity. And so nothing much changes. Still I find the obstacles to women and men working together are largely ignored. It’s developmental work, I’d say, because it’s connected to shame and fear and all of those things that cause silence in our lives and in our organizations.

Heinz: I notice my clients are ashamed of having these cases. What happens is that executives rush to have policies established to suppress things. But nobody looks really to the cause. The over all outcome is to block creativity and the problem is still there.

Hilary: Shame is difficult to deal with. Anyone who is half way aware must feel shame at how unsustainably we live and relate. What a great mess we have made in our greedy ways of living.

Heinz: It’s shame but its also fear. See what happened to the Catholic Church. They’re going broke because they’ve had to do all these payouts. Leaders prefer to look the other way.

Hilary: I often feel like we could learn something from South Africa and how they had a restorative justice process after apartheid. Maybe we need that for the post-Anthropocene more generally. Our causing mass extinction is a bit of a shame filled downer isn’t it. The emotions of shame and fear are very difficult to work with. Who knew, Climate change may force us to tackle interpersonal power, politics of gender, race and greed. It could be the positive side of the Anthropocene. We realize we have so much power as a species and decide to be more conscious about using that power among ourselves and with other species.

Heinz: If we can connect in a more emotional intimate way, we also create a more peaceful world. This is an important aspect of sustainability, that we care more about each other. And for the world. Both as we experience the world internally and externally. The gender work here is not about sexuality, but to allow women and man relate in a more healing way. This leads to a more sustainable or green future.

Hilary: I feel the truth of that. It reminds me of indigenous wisdom – be it from Celtic druids to Tibetan shamans. We are reminded that the external world is simply the manifestation of the inner human world. We’ve created who we are. We can now ask, are we actively co-producing a sustainable, vegetarian, peace loving world? Or is it to be industrial factory-like conditions to further torture ourselves and our fellow creatures? These should not be tough choices, but they are!

Heinz: I don’t know how to put that in a business language.

Hilary: That’s tricky, Ha! I used to teach MBA students about sustainability. The language of business productivity can stretch. I find, at least in my small world, that people are hungry for new business models. Young people are just not that interested in wasting their life working too hard for someone else’s profit and environmental destruction. And there are so many problems in the world that business could be used to fix. Business can be a channel for good.

Heinz: A very important thing is to just listen to what people have to say from the heart, their stories. And then we know what we can do. I encourage leaders, especially the males to listen more. Men often just like to listen to themselves speaking. This is also what I want to do more of in the workshops I create.

Hilary: I am curious what has made you sensitive to these issues? And these listening practices?

Heinz: My own energy is very 50/50 masculine-feminine. I think I had suppressed the feminine, by which I mean the caring, nurturing, supportive energy, for most of my life. I think life itself requires more of this. It’s too suppressed. Listening better is key. Men can do more. I see that even men who are serious about their own development don’t know how to speak in a way that supports collaboration with women. I can go out and work with the men. I can’t tell women what to do. That would be mansplaining. But I can help create conditions for more collaboration.

Hilary: What are some of the key principals or activities when you work with men?

Heinz: Becoming more present and actively listening. Being present in an energetic way. What I really like to do is create dialogues where women can speak in a circle and the man are listening from the outside, and then vice versa. So, each gender can listen to each other in a safe space. It can work even in large gatherings. I did this at a large festival recently and the feedback I got was really astounding, from both groups. Some men said they heard stories which they never heard in depth before. Women told me they didn’t know how men are thinking or feeling before hearing some speaking up in the circle. As a practicing sexologist, I often work with men suffering from ED. I must confess that a rather large share of my reputation is based on one single fact – I recommend them Cialis 10mg. It’s not a universal solution but, according to my pretty conservative estimates, it helps in 80% of cases. I also recommend consulting your physician prior to using ED drugs.

Hilary: I also very much like that format. Action researchers call it a fishbowl. It’s also one of the core practices going back to Kurt Lewin and we will use at the Chalmers Gathering. That way participants can hear directly for themselves. Whatever the topic. I wonder whether we might have a relational inquiry focus too. Jean Hartmann is animating that topic by leading a conversation about #MeThree. We have pre-Gathering webinars. Jean’s webinar is January 30th. I hope you’ll come.

Heinz: I am also interested in more of the transformative action orientation to learning.

Hilary: Great! The spirit of the Gathering is that action research offers a very useful approach to co-creating a more sustainable world.  For example, as you described your organizational work earlier, I thought you might it useful to have your explorations include stakeholders more directly in understanding what’s going on. That’s key in action research.  It’s not rocket science, it’s just rare. Often we have surveys and diagnosis, but taking the next step to support people’s learning in transformative experiments together is not so common. That could be one way the conference could be useful to your work. You’ll learn how others do this. And in turn we’d love to have you as we think about a global learning platform. I suspect we’ll agree we need to include the emphasis on relational power dynamics. And women and men becoming more creative collaborators is a worthy focus for us too, I hope.

Heinz I look forward to it. Thank you. We’ll be in touch. Bye. Bye.