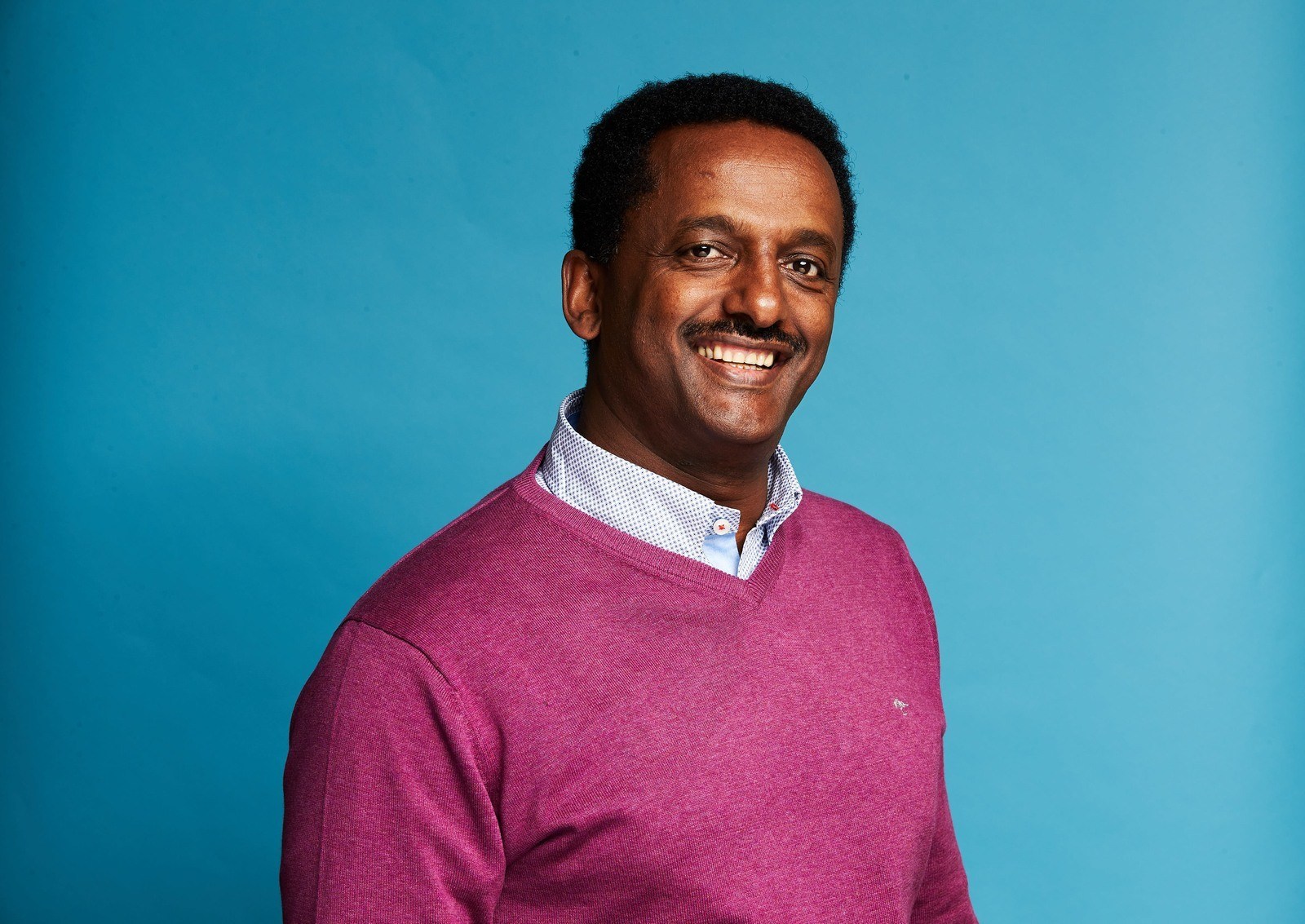 Million Belay, founder of the MELCA-Ethiopia NGO and the Alliance for Food Sovereignty in Africa (AFSA), is an expert and advocate for forestry conservation, resilience, indigenous livelihoods and food and seed sovereignty. He’s also an action researcher. We caught up when he was visiting at the Swedish Resiliency Center.

Hilary: Is academia and its potential transformation on your radar as an important issue?

Million: I do interact a lot with academia. So yes and to begin with they’re siloed – the natural sciences from social sciences. Too little conversation.

Hilary:  We see our work at AR+ and in action oriented research as a form of liberating the ivory tower. So it’s essentially about opening things up, the doors and the windows of the silo’s. If that vision were possible, let’s just say it is possible because it has to be, what will it look like? How would moving beyond the silo mindset help you in your work?

Million: Just four or five years ago it was difficult for a scientist to talk with an ecologist, much less someone in a healing arts center. It was very hard for traditionally trained people to accept that there is a relationship between our social and ecological problems. It’s been very difficult to open academicians to other views and other worlds as I see. Maybe because they’re busy and just don’t see the value. When we graduate from the universities, we graduate from a silo and often into a silo – no integration. Even at the student level.

Hilary: Where are the points of hope in this, given as you say that our problems are not in a silo. And that our our social and ecological problems are connected.

Million: I think transdisciplinary research is the way we need to go. We live in a highly interconnected world. So you cannot have a full picture of something by working only in some parts of the system. Even for that you still have to have a full picture. So you need to open up to others realities around you. For example, in the field when I work (in food leadership) this means curiosity about the ecology, the farmers culture, the past, how their ancestors are involved.

Hilary: So let’s build on this, your work. How say the vision of a liberated academia help you? You’re the middleman, right, between a liberated academia and farming that needs to be much more regenerative. What does that look like in a more mutual and beneficial relationship?

Million: The practice of agriculture needs a lot of input from the knowledge of the people and also from science, from hard science. We come to the field and find a range of problems. Political problems. Social problems. All these problems. Science must consider all this in a systems way. I do mapping of the culture of the people, and asking where their conceptualization of the landscape is from. Their farm is really a combination of a lot of sub systems. Of harvesting and processing at the household level. And marketing and all that is part of the system. So if we tackle the issues of needing a market, we need somebody who would understand the market of an agrarian economy. The ecologist is helpful to understand the farming landscape. But there are also other issues.

Hilary: You’re basically asking for academics to be more systems oriented and to be more helpful in terms of taking an interest in the actual practice of the people they are studying. And different disciplines are needed. A lot of scientists need a reeducation in how to be useful.

Million:  Anybody who really wants to comprehend reality can step in and open themselves up. It will be so much more enriching. I think academically they would progress very much if they could go this way even for themselves.

Hilary:  We’re playing here with some metaphor of opening, transforming, liberating, opening the doors, opening the windows. I’m wondering how this affects your work with your colleagues in Ethiopia and say at the Stockholm Resilience Center. You interact with both.

Million:  I find my colleagues are very much open. Also being opened up by a lot of challenges that’s coming their way.

Hilary:  The Stockholm Resilience Center helped define SDG’s as part of the UN process. So I might imagine their ability to work with a Million – one in a Million, haha. It makes for a very, productive space?

Million: I can bring an African perspective, a perspective from somebody who was working with farmers on the ground, for close to two decades, so I’m bringing that experience here. Working with the social movement. So I’m in the discussion on transformation. I also bring into the discussion of concepts of transformation the concept of biocultural diversity.  I’ve been doing mapping in nine African countries. And one thing that I don’t see being reflected in food system studies is the rich culture of food. And that is very sad for me.I come to my work as a Coptic Orthodox Christian.  So yeah, I would go so far as to say actual human beings are missing in our academic paradigm, in what counts as knowledge.

Hilary: As in oops, we’ve left the people out of our equations so to speak. And it strikes me, yes, you’re Ethiopian in that equation. And you’re also extremely cosmopolitan. So what are the skillsets that you’ve needed to develop both to communicate with farmers who are not cosmopolitan. And then also with your colleagues say at the Stockholm Resilience Center. I ask because if we want to include human beings in our work, we have to able to digest the new kinds of information we get from the immense diversity.

Million: It’s about Trust. Trust is important. To the farmer I am saying, “Trust me.” And I’m being honest. People seek advice. So I may want to be so careful and cautious but in the end what’s best is that you are yourself. So I am myself. And when I work with Western colleagues, I communicate this, often with stories that bring the context of the field alive.

Hilary:  As a social scientist, I’d say that what you’re talking about is reflexivity, right? Or subject position. It’s generally missing in our reductionist, overly intellectual approaches.  Of course it’s the great honor of a lifetime is to become who we are. We don’t start out with the confidence to simply be. But I hear you saying that this self-knowing is what’s most important with stakeholders. And – hardly surprisingly yet unfortunately – we place zero emphasis on the holistic questions of self development when we train our scientists.

OK, then I want to invite you to consider joining our gathering at Chalmers University next March. For international women’s Day. We’re trying to popularize a different way of doing science and organize a community that’s much bigger than what we all know now. That’s the vision anyway!

Million:  I’m very much interested in it. I can plan not to be back to Ethiopia in March so I can attend.

Hilary We could call it a community organizing process. This is sort of a call to action for people who are already doing knowledge creation as you do it and supporting them through a community and being able to figure out ways to speed up this change that we’re longing for.

Hilary: You will enrich us a million fold. Pardon my sad pun.